Kris passed out notes from the last meeting and a treasurer’s report. No exceptions were noted. The above documents are now on record. Ira moved we accept the notes & report as they are, Jim seconded; the motion carried.
We explained to the new members about our Share the Road program. We discussed finding schools in session, and asking if we can come in and teach a driver’s ed class. We discussed our failure to advance our “Dead Red” bill in last year’s legislative session. This year’s legislative session was nonexistent due to COVID.

We discussed reaching out to clubs to increase our membership numbers. We need to make it clear to members of clubs that they can also be members of Dixie ABATE, and that we don’t require they fly our patch. We noted that it’s a little harder to drum up support for the legislative side of things since there is nothing pressing to fight against.

We announced the meeting at 5 PM on Saturday, August 29, at Riders H-D in Trussville, where we will discuss standing up a chapter of Riders4Riders. This is spearheaded by Chris Litteral, with Law Tigers.

Matt announced the MRF news. We noted that Missouri got a helmet law repeal for riders over 26 years of age, with health insurance. They have been fighting for it for nearly 40 years. Matt discussed all the steps that HR2 has gone through on its way to being passed by the House. This is a highway authorization bill for fiscal year 2021. After a torturous history, the thing is 2390 pages, with 1.5 trillion dollars allocated. There are 5 MRF priorities I the final bill, out of the 492 motorcycle safety items it started with. You can find the full bill as the House passed it at
https://www.congress.gov/bill/116th-congress/house-bill/2/text.

Matt reminded us that we each need to fill out the 2020 National Motorcycle Profiling Survey if we haven’t already. https://www.motorcycleprofilingproject.com/national-motorcycle-profling-survey/

Matt informed the group of Tiffany’s departure from the MRF.
Matt told the group about Michael Steiber fundraising via the Distinguished Gentlemen’s Ride. This is to raise awareness and funds for prostate cancer and suicide.

Shane made a motion that we pursue a bill that would allow us to ride up the highway shoulder if traffic is stopped, in order to get off at the next exit. Hawaii has a law like this. Ira seconded. Motion carried. We wondered if we could get information on how many citations have been given for riders doing this in the past few years. Do we even have a problem?

Fred made a motion to also bring a bill aimed to require a riding test in Alabama before a rider can get an M endorsement on his or her license. Shane seconded. The motion carried. We will determine our action steps at the next meeting.

We announced the floor being open for nominations for all leadership positions, at the October 24 meeting. Members are welcome to, in fact are encouraged to, self-nominate for any position they are interested in.

Jim delivers Full Throttle magazines in the northeast Alabama area. We need to put our meetings on their “Cruising Calendar” that is published in each issue. We could also write an article for the magazine. Submissions need to be made before the 20th of the month. We need to set up at bike nights. 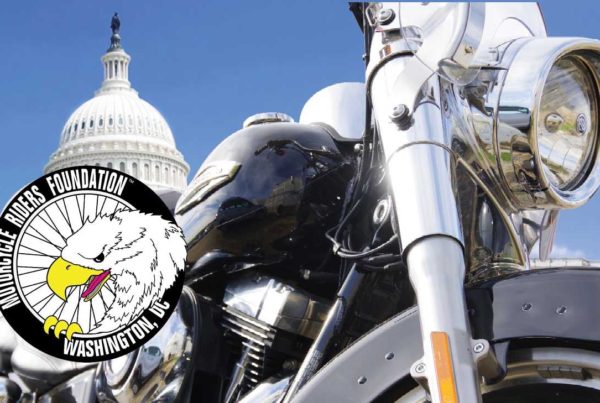